Xsarq is clearly the most hated creature in the world of Fonline2, maybe except for Wesan and Musashi. He writes stuff. Sometimes page. Sometimes two. Sometimes entire wiki. If something is wrong you can blame him. Because as we all know, Xsarq is a professional.

Having played in the infamous gang Crazy 88 and also leading the Junktown Scouts (JTS) to some Roleplaying (or not so) project for a fair bit of time. Nowadays he's bit of loner since he is not officially in any gang. He consider himself famous for stealing an vertibird on 2238 server. Nowadays you can meet him on FOnline2 Forum (if he is not currently banned there that is) or on Fonline2 Team Speak.

Ps. Did you guys know that writing about yourself in 3rd person is a first sign of becoming mentally unstable?

The general rule of Fonline 2 Community is simple - if you do anything for it people will hate you. The real pure hate some people are emitting toward me is funny though, till i started playing Fonline 2 i had no idea how retarded people can be. This page is like my tribute to them - keep being retarded.

Im pretty sure they are doing that to get their screens in wiki.

Ok, ok i must admit Barabbas did help a little, but majority of win here is thanks to Tandi's fist obviously!

Let's say one thing first Tandi - is my alt that i use for base menagement and often for describing stuff at wiki. The other "Tandi" was a guy that moved in here from reloaded and was suprised that he couldn't register his nick here.

„
Hmm i think i recognise the guy with simillar nick, maybe it's the same one, maybe not, but no one says that he will get invited, why the fuck you add your pathethic sarcasm here. Get a life bro.
”

„
Nice! Good for you Xsarq, but this isnt a Xsarq's topic without drama. Maybe people should update the wiki with the Drama's History of FO2 like "Dequ vs Devs", "Fast Relog Permaban", "JTS and the Implants", etc.
”

(Btw: Dequ vs Devs drama is allready IN the xsarqopedia. If you're curious you can go look for it, it's masked well though. Go look for it and you might find it one day.) 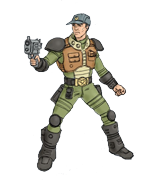