Thieves will be shot on sight.

People we don't like will be shot on sight as well.
”

Shady Sands, also known as NCR, is ruled by a player-run faction called the New California Republic. Some areas of this town are open only to the members of this faction. Rangers are still recruiting so if you wish to become one of them you need to talk with them directly, or check this forum topic. At first glance, this city looks safe but the NPC guards are much weaker than in other protected cities. You can also become victim of pickpocketers or just simply been hexed like in good old hub.

If you are owner of one of shop i suggest to bring atleast one friend to defend you while you give your stuff to shopkeeper. It's possible for a well armed player gang to breach the city's defense and siege the city! During that time, the entire city turns into a merciless battlezone, posing a great risk to any visitors. If you see notification it is better to stay away from Shandy, attackers and defenders are going to shot you. If you want to aid any of the side you should talk with them before whole raid

Unlike any other protected town this one can be actually taken over by enemy gangs. Attacking gang will have to deal with plenty of guards armed in good weapons like g11,bozars or pulse rifle. In a lot of situations NPCs are posing way bigger threat that players defenders, due to ammount of NPCs guarding this town. After killing guardsman they won't respawn for at least 10 minutes. For that time the players invading the town will be able to shoot anybody they wish as there won't be naturally any guards to help poor ol' citizens!

Once your group start raiding the Shady Sands a server message will appear. Which will last for like 15 and will not pop up for another hour. It is better to stay away from it unless guards will respawn, even after that is a bit risky to go in because NCR soldiers are rather suspicious toward anyone who is entering.

As was stated before NCR got plenty of NPC guards. Starting from one of recent updates Guards are no longer lootable. Players menaging the town, NCR faction members can pay for boosting guards equipment for one week (real time). If they got enough moneys they can even equip guards in tier 4 weapons like Gauss Rifle, but that costs 200k.

You have few options to go about raiding NCR from either bazaar or suburb it will highly determine your options to fight against defenders. I think the suburb option is way better than bazaar. You can way easier clear all the NPC's while still being relatively safe, all attack from the right side is going to be easy taken down. On the other hand spawn on bazaar give you deep dive into enemy territory, if somebody of you spawn to fast he will be most likely instanly killed, clearing it and rushing straight to the second entrance would be your top priority. Gate which you will choice is rather related to spawn you have picked. But if there are defenders you can think about faking to go into second entrance. Don't let them keep you outside the gate, YOU HAVE TO go in, risk of backstab is to high. 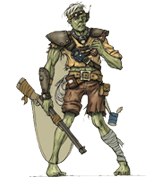